Putting out the last cigarette is not easy because the addiction to smoking is persistent. But with the right motives and adequate support, anyone can do it.

Among the risk factors that favor cancer development, smoking is one of the most important. It links with tumors and heart attacks, emphysema, and many other diseases.

The negative effects of this habit are also reflected in other aspects of daily life, and everyone must find their own motivation and way to quit.

Here are some foods for thought and a guide to the benefits of quitting smoking and how it positively affects an individual’s health.

The number of smoking victims in the world

According to statistics by the World Health Organization, tobacco is responsible for more deaths worldwide than alcohol, AIDS, drugs, traffic accidents, homicides, and suicides combined. It is estimated that every year around the world, smoking kills 7 million people (over six million due to direct consumption, the remainder from passive exposure).

It should also be noted that more than a quarter of smoking victims are aged between 35 and 65.

Smoking is no more confined to a specific gender

Smoking was once a typically male habit, but the gap between the two genders from this point of view continues to narrow. Men smoke less and less, while the share of smokers is growing, especially at a young age

In the twentieth century, it is estimated that 100 million people have died from this cause and that about a billion will be victims in the current century. Also, considering the progressive and unstoppable spread of the phenomenon in developing countries, in the female population, and among teenagers.

Benefits of refraining from smoking on an individual’s health

Quitting smoking at any time in life reduces the risk of dying from lung cancer and all other causes by 30-40 percent. Everyone can find the reasons that they find most convincing in their case to make the right decision and keep it.

The most significant reason for how can refraining from smoking benefit an individual’s health. According to the World Health Organization, cigarette smoking is the most important cause of avoidable death in our society. It can contribute to most cases of lung cancer, in the throat (or the oral cavity) and also increases the risk of cancer in the breasts, the bladder, the intestine, and other organs.

The carcinogenic substances in tobacco fumes, through the bloodstream, can also reach organs far from the airways. The colon is one of them.

The tumors of the pharynx and larynx, as well as those of the mouth and lower airways, develop by direct contact with the carcinogenic substances in cigarette smoke.

In many other organs, however, smoking is bad for the carcinogenic substances it contains and because it directly and severely damages blood vessels, favoring the processes of atherosclerosis that can lead to heart attack or stroke.

The damage of smoking to health is therefore not limited to the oncology field. Smoking favors the onset of pathologies of the heart, blood vessels, and lungs: all diseases that, in addition to potentially shortening life compromise its quality, sometimes creating serious disability.

2.  The health of those around us.

When a person smokes, those around him inhale 4,500 chemicals, of which more than 60 are carcinogenic. One of these is benzene, which favors the onset of leukemia.

The consequence of the combination of these substances means that people habitually exposed to secondhand smoke have an above-average risk of cancer and heart disease.

It is estimated that non-smokers who live or work alongside a smoker who does not push away when lighting a cigarette are 25% more likely to get heart disease or lung cancer than those who are not exposed to secondhand smoke.

The damage is even greater for children. Children subjected to secondhand smoke run a higher risk than their peers of suffering from bronchitis, pneumonia, asthma attacks, ear infections, and meningitis. Furthermore, for newborns, the danger of cot death increases.

Cigars, cigarettes, and pipes are bad for the wallet as well as the body. In times of crisis, it is worth dwelling on how much this bad habit costs and how much one can save by abandoning it.

Consider how much you would have left in your pocket each week, month, year, or in the long run, if you quit today. And think with what gift you could reward yourself!

Smoking is an addiction like other substances, and the fact that it is more socially accepted does not change the psychological effect it causes on those who experience it.

Many people have managed to quit how can refraining from smoking benefit an individual’s health when they realize the sense of slavery that tobacco causes them?

The anxiety of running out of cigarettes or the need to leave the house at the most unexpected hours, perhaps in the rain, to get some. The need to interrupt an interesting job, speech, or activity to quit smoking or simply be distracted by this thought is the awareness of not being free.

A heavy smoker is also recognized by unpleasant external signs such as yellow teeth, bad breath, nicotine stains on the fingers, and dull skin. Even clothes are often impregnated with an odor that can be annoying.

how can refraining from smoking benefit an individual’s health can give a better appearance, thus improving the comparison with the mirror and one’s social life?

Until a few years ago, a strong push to smoke, especially among young people, was the idea that the gesture of holding the cigarette between the fingers helped to give an image of strength and self-confidence.

In recent years, the spread of new, more conscious, and healthy aesthetic models has dismantled and reversed this cultural prejudice for which, starting above all from the United States, an opposite phenomenon has been observed, which tends to stigmatize smokers.

Being free from tobacco addiction allows you to be at ease in any social environment, to succeed better in sports activities, and even not to suffer discrimination at work because, among the factors that weigh for or against an intake, it can also come into play.

Why Should I Consider a Care Home for My Older Parents? 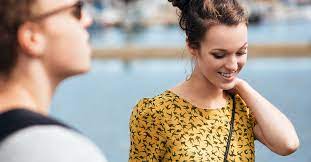 Conquering the Fear: A Guide to Understanding and Overcoming Social Anxiety 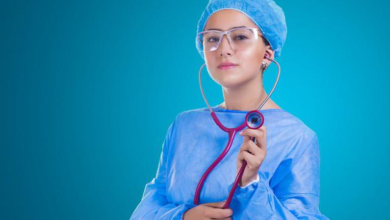 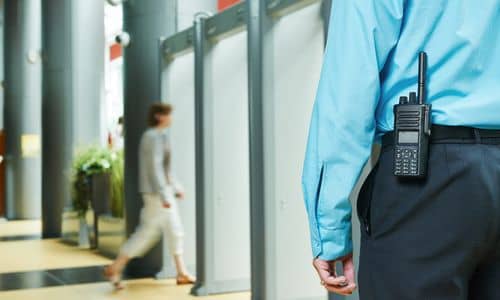